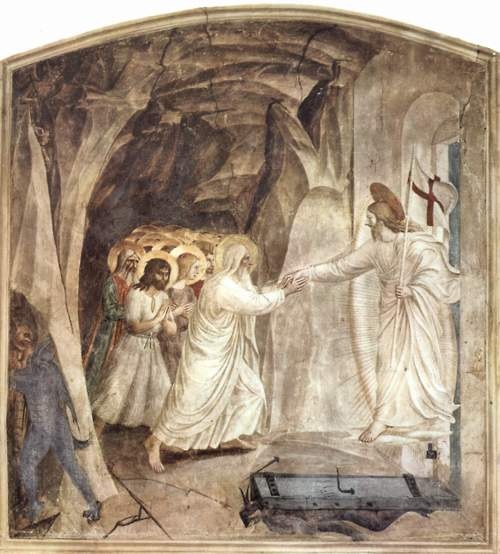 The Harrowing of Hell was a popular medieval theme. Here it is depicted by Fra Angelico. The premise is that when Christ died, he descended into hell and freed the human race. He takes Adam by the hand and behind Adam the rest of the human race follows so they can be freed from sin and enter heaven. Grainville’s novel, however, believes all humans remained dead and in the grave until judgment day.